This Thursday, also known as 25th April, Crack In The Road is putting on its first ever live show, the imaginatively-titled CitR Live #001. For a measly £5 you can watch not only some of the buzziest buzz-bands about, but you also get to enjoy them surrounded by some arty stuff courtesy of MadeScapes^.

Now, you may be thinking: “CitR Live sounds good and everything, but five pounds? I don’t think so”. If that’s indeed your train of thought, my reflex was to track you down and slap you upside-the-head, but, fortunately/unfortunately, lethargy halted this action shortly after inception. Even though physical inaction won the battle, I knew that something had to be done.

Then, it hit me! If I put together a list of five things that are worse value for money than CitR Live, it would solve everybody’s problems.

Shout out to Jimmy Wragg, whose blog is here, for putting together the cover image for the post. You can follow him on twitter with @sui42.

Yeah, okay, so a pint might only cost a fiver in (reasonably) swanky central London bars, but still, a fiver?! Fuck off. If you’re going to spend your money on alcohol, rather than watching Jamie Isaac rip it up, then show a little bit of sense and grab yourself a few cans of Special Brew or, at the very least, a bottle of Frosty Jacks. #classy4LYF

To be fair, five pounds would buy you quite a few stickers. The real problem is that, although you might get close to fifty stickers, you’re really only just scratching the surface of one of those ridiculous-sized annuals you have to stick them all in. Plus, I can guarantee that, of those five packs, over half of them are gonna be doubles. Even if they’re your first stickers of the season.

A Single Peak Ticket From Neasden To Plaistow

Firstly, why would anyone want to travel from Neasden to Plaistow in the first place? Secondly, why anyone would shell out almost a fiver for that abortion of a journey? It’s not even like travelling on the tube is a pleasant experience; all you’re gonna get is a sore arse and a strong smell of piss. 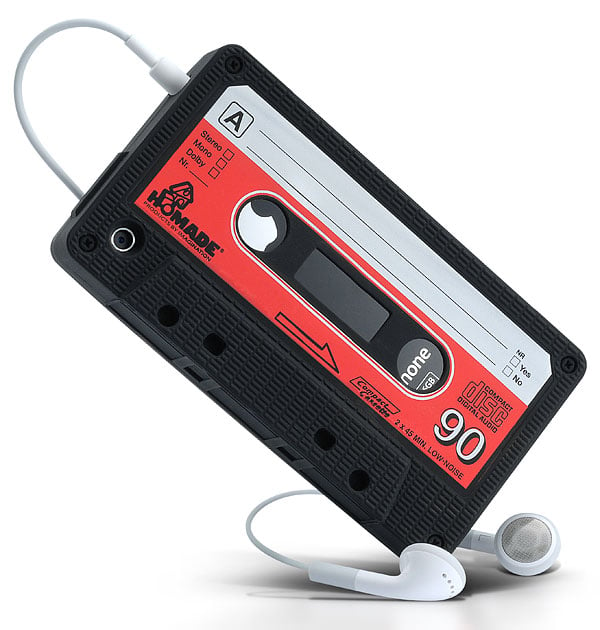 I’m not confident that having two iPhone cases would be all that useful, but I guess you could double-up for extra protection (HA!). Anyway, I never really “got” the whole making your phone look like a tape thing. Do people think that if they get mugged the robber will just leave them alone because they’re confused about why they’re carrying round a tape?

A Three Piece Combo Meal From Your Local Chicken Shop

Okay, you’ve got me, this is actually better than the gig.

There you have it! The shameless plugging is over and, hopefully, I’ve convinced you of the positive impact that coming to CitR Live #001 will have on your life. The Facebook page for the event can be found here, while you can grab tickets from Resident Adviser or WeGotTickets. Go on, you know you want to.